These are some of my journeys in a variety of modes: 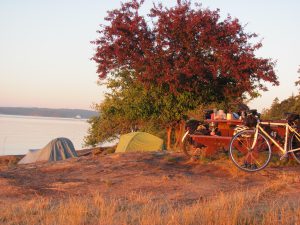 Feb-May 2019 – Visited my daughter in Australia and then headed to New Zealand to solo tour the Tour Aotearoa route from Cape Reinga on the north island to Bluff on the south island, a 3000 km/1864 mi bikepacking trip. Back to Australia where we explored the southeast corner together in a campervan for 6000km over 3 weeks!
Aug 2019 – Vancouver-San Juan Island Tour with Mary & David
Aug 2019 – Tour de Lavender with Mary & David
Sept 2019 – WACANID Selkirk Loop Tour